The series of events leading to my coming out to my parents wasn’t exactly happy because it was kind of nerve wracking. Because again, my Dad, as I mentioned earlier, used to be in the military and he was an officer at that time.-JIGS

I’m very outgoing so a lot of people are aware of what I like and what I don’t like based on my socials. I guess I would say that I’m quite the handyman. My dad, from an early age, he taught me how to use tools around the house. He would show me how to repair certain things, even like audio/video equipment.

My Dad used to be in the Philippine Navy. He used to be the head of the Philippine navy. He retired in 2007 or 2008, if I’m not mistaken. He’s been a retired general for about 12 years now. We have a good relationship. I call my parents everyday, especially now that we’re on lockdown. I’ve been in touch with them more than before we went on quarantine because I have the time to actually call them and check up on them everyday.

Actually my first course in college was Industrial Engineering, but then I decided --I think on my Sophomore year--that I didn’t like it that much anymore. I mean, I enjoyed it, but it wasn’t really something that I wanted to pursue. So I shifted to Hotel and Restaurant Administration. I graduated with a degree in Hotel and Restaurant Administration.

It was in my mid-20s. I don’t know if the phenomenon was common among people in their 20s, but I did go through what most people would say a quarter life crisis. [It was] 2004, so I was 26. So in 2004, I got laid off from being a flight attendant from that particular American airline, and then I was sort of at a crossroads at that time. But I always like to keep myself busy, so as soon as we got laid off, I actually started makeup school. We got laid off in January of ‘04, I started makeup school soon after in March of 2004. After makeup school was done, I did a hosting gig for a local TV network. It was a lot of different things in a span of a year. But the TV show--it’s actually an LGBTQ TV show in one of the major networks here. It ran from September of 2004 ‘til December of 2004.

For the entire year I went through getting laid off, going to makeup school, being a TV host. But unfortunately, in the year 2004, I guess the market wasn’t really ready for an LGBT-themed show. Our ratings were good, but the advertisers didn’t come in. Because I was very much an LGBT advocate, even from back in college, I was affected by the fact that the show didn’t work out even though we had a ton of viewers. So from January to about March of 2005, I fell into, I would say, a depression. I don’t know if I was clinically depressed, but I was definitely sad because it was only then when I had to stop and think about what happened for that past year that I realized I didn’t know what I was gonna do.

But fortunately in March of 2005, I decided to apply for a job at a multinational cosmetics company which is L’Oreal, and they were quite impressed from my academic background and from my background in customer service. They were looking for a makeup counter manager for the brand, Shu Uemura. So I worked with them for a year, and I eventually moved to L’Oreal Paris, the consumer brand, for 4 years.

I’ve always been kind of a go-getter, but I guess during those 3 months I also needed to stop and think about what I wanted to do and process where the grief and the sorrow was coming from, because naturally, it was some sort of a death because I did love flying. I guess I didn’t realize it after the layoffs, because I started going to school, I was working. When I was forced to stop and think about what had happened, that’s when, I guess, I had to process my grief. But it made me a stronger person, it made me who I am today. I don’t regret any of my decisions.

It was just a kind of sadness that I didn’t know where it was coming from, and everyday I was trying to think about why I was sad. I guess that’s just really the case with most people who go through that phase in their lives. Once you get out of it, you figure out what the root cause probably was when you analyze the chronology of events. Most people view me as somebody who’s very strong, yeah. But I did go through some tough times also. I don’t think anybody is exempt from these kinds of experiences.

I believe that each and every gay person should come out because it is essential for their mental health and for their well-being.

[I felt] extreme happiness was probably after I was able to tell my parents that I was gay. I felt that telling your parents is the last frontier. Once you’ve told the people you love, the people that matter, then it doesn’t really matter what other people think or what other people say. So I felt like I became more liberated. Yeah, I was pretty much free to be who I was after I told my parents--1998 to my mom, and 1999 to my Dad.

COMING OUT The series of events leading to my coming out to my parents wasn’t exactly happy, because it was kind of nerve wracking. Because again, my Dad, as I mentioned earlier, used to be in the military and he was in active service at that time. Actually we were about to leave for the U.S. when I came out to my mom. And then in the States, my Dad was studying Naval War in Rhode Island. So I wanted to come out to my Dad, but my mom was telling me that maybe it’s best not to tell your Dad because he’s going to school now.

But then, I think it was also a blessing because on Thanksgiving of 1998, we drove to Ohio and we spent some time with some distant relatives. So I met up with my second cousin, his name is Vic Fusilero, Kuya Vic. Kuya is a term of endearment for older cousins in the Philippines, or [for] older siblings. I knew that he was openly gay so I came out to him. He gave me my first set of LGBT books. I remember that one book that really influenced how I think is, Outing Yourself by Michelangelo Signorile.

He [Vic] spoke to my mom and he talked about how coming out is a necessary rite of passage. And sometimes, if you think about it, there probably won’t be the “best time” to tell anyone because it could always be an excuse that, "somebody’s studying," or "they’d get a heart attack," or you’ll get thrown out of the house. But it’s also a very personal decision, so I guess you also have to be smart about coming out because if you are in danger of getting thrown out of your house, or there are health risks for your parents, or whatever. It’s best to be smart about it also. But I believe that each and every gay person should come out because it is essential for their mental health and for their well-being.

I guess I would say, leaving home at an early age. I was the first to leave the house at 22 when we were flying, and that created some sort of guilt also because it wasn’t the norm back then. That was 2001. I think in the end it also worked out between me and my parents that I was able to assert myself as an independent gay man.

Coming out is an individual journey. We go through different circumstances. I can't expect other people to come out even if they're gay, because there's still that stigma attached to being gay.-BEN

I’m John Benedict Ty, I’m a lawyer by profession. I was really into Geography and History [while] growing up. After graduating from law school in 2014, I had to take the bar exams that same year. I actually failed the bar exam when I first took it in 2014. The results came out in 2015.

It's funny because I actually came out to my parents...Twice.

2015 was a very tough year for me because [in] January of 2015, I broke up with my first ex. And then March of that same year, my grandfather passed away. That same month, March of 2015 I found out I didn’t make it in the 2014 bar exams. In 2015, I was 25, [I had] sort of like a quarter life crisis. I was questioning where my life was leading. I didn't know what I was doing, and I think it was sort of like a very dark time for me. I really struggled that year. 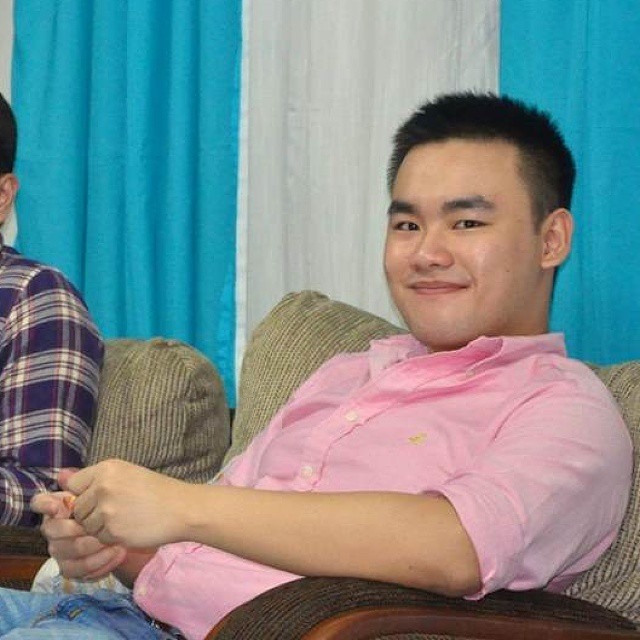 That year, I found Crossfit. I was really overweight before. In 2015 that was the time I took fitness seriously. Starting from that time, I think that's when I recovered, and eventually found myself, and sort of escaped from that really dark time. I used to be 220 lbs at my heaviest. I lost around 50 lbs. I was 160 at my lightest.

The moment when I felt the most happy probably was when I passed the bar in 2016. I found out that I didn't make it in 2015. After I graduated from law school, I started working immediately after taking the bar. {Sorry--Audrey--the dog’s here in the back}

I can't expect other people to come out even if they're gay, because there's still that stigma attached to being gay.

In 2015, I felt that I wasn't prepared to take the bar, because it takes so much out of you. The entire process is extremely hard. It's 6 months of reviewing, it's two months of 4 Sundays of exams. In 2016 I decided to take the bar again. Luckily, I passed that exam. When the results came out in 2017, probably that was the happiest moment for me, I guess. I felt very proud not just for myself, but I feel that my parents were very proud of me because I hurdled such a difficult task.

In law school we’re supposed to write a thesis. It’s a requirement before we graduate. When I was in third year and fourth year, I wrote a thesis about 'coming out.' I was arguing in my thesis that you can't force someone to come out because it's a violation of their right to privacy. I was arguing that it's a tort under civil law. Coming out is an individual journey. We go through different circumstances. I can't expect other people to come out even if they're gay, because there's still that stigma attached to being gay.

From that moment until I came out to them the second time--in law school I told them that I was really sure I was gay. But then, my Dad is Filipino-Chinese, my Mom is a devout Catholic, so both of them--even though I think they already accept me now--I think they’re still hoping that I can be straight. But of course that's not gonna happen, haha.

MIDDLE OF A LOVE STORY